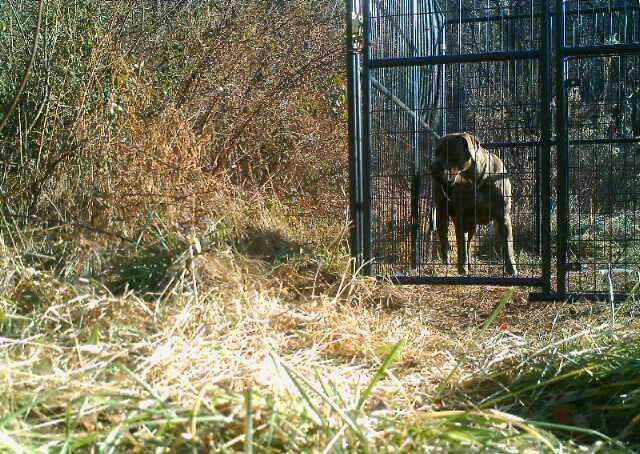 Do you believe in miracles and divine intervention? I certainly do, this is Maddie. Maddie has been missing since October 13 from Route 92 in Harding. We have been tirelessly working on her since a few days after she was lost. Unfortunately, we had nothing on her in the last few weeks. Until, this past Saturday I got a phone call from a wonderful gentleman named Jeff.

He said he saw a dog that looked like Maddie, but it was very far away from where she was lost. He only got a quick glimpse and couldn’t be sure if it was her. I told him that I was hurt (I’m pretty useless right now because I have an injury) and couldn’t come down, but that my hubby could once he was out of work and check it out.

As fate would have it, it was Maddie!!!! After being on the run since October 13, I’m thrilled to say Maddie was safely trapped today and is back home. None of this would of been possible in my condition.

So, I need to thank my hubby Jeff for everything he did and our new friend Jeff that called me about the sighting and helped my hubby setup the trap because I couldn’t. I can’t tell you how grateful I am to both of these guys for all their help. And thank you to my friend Stacie for your help today. I love all of you, thank you for helping and doing everything when I physically couldn’t. Maddie wouldn’t be safe without all your help.

Maddie traveled as the crow flies over 20+ miles, via car it’s 25+ miles. We know Maddie walked a lot further than that to get to where she was found. She made it to Shickshinny!!!! 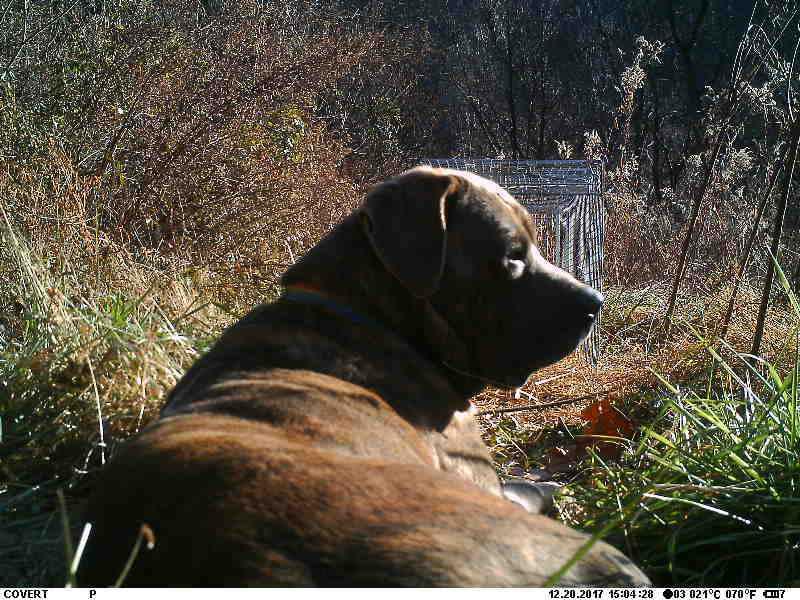 This was Maddie just laying in front of both the camera and the trap. Nope not interested in going in that trap. So we decided to bring in our kennel trap. The image below shows what happened next. No more running for you girl, you are now safe.